Cody Scott was born in Lubbock, Texas on November, 1966.  Chief Deputy Scott’s professional career started at the Lubbock County Sheriff’s Office in 1987 in the Jail Division.  Officer Scott promoted to Corporal in 1989, and then to Sergeant in 1990.  In 1993 he was assigned to the Narcotics Division, where he worked as an investigator until transferring to the Patrol Division in 1994.  He was promoted to Patrol Sergeant in 1995 and remained there until transferring to the Criminal Investigation Division in 1997.  In 1999 Deputy Scott was promoted to Lieutenant of the Patrol Division.  In 2001 Lt. Scott was re-assigned to supervise Criminal Investigations and from 2002 through 2005 Lt. Scott supervised both the Patrol and Criminal Investigation Divisions.  In 2006 Lt. Scott transferred to Detention to assist in the preparation of the new detention facility, taking on the roll as a Shift Commander.  Lt. Scott had the additional duty as the department’s Internal Affairs investigator from 2006 through 2009.  In 2008 Lt. Scott was promoted to Captain and assumed the duties of Watch Commander.  In August 2009 Captain Scott was promoted to Major of Law Enforcement.  In September 2009 Major Scott was promoted to Chief Deputy of Law Enforcement.  In March of 2011 Chief Scott assumed command of the Lubbock County Detention Center taking over as the Chief Deputy of Detention.  Chief Scott has been married to Dee since 1990 and they have two daughters, Jordan and Karli.

1987–Present Chief Deputy Scott began his law enforcement career with the Lubbock Sheriff’s Office in the jail division and has experience in all areas of the Sheriff’s Office.  During his tenure Chief Scott has promoted through the rank structure while working under four different Sheriff’s to his current position of Chief Deputy. 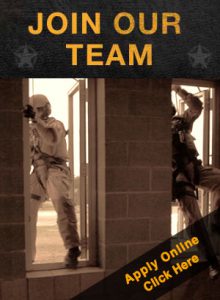